Streak is a cloud-based customer relationship management (CRM) solution that helps small to large enterprises manage projects and fundraising campaigns via Gmail. Users can automatically receive task details in the inbox and sort through messages to retrieve specific results using the search functionality. Streak lets businesses send invitation links to various organizational departments and grant permissions to specific employees. Teams can utilize performance reports to gain insights into product development processes and sales operations. Additionally, it offers mobile applications for iOS and Android devices, which lets users update customer details and share critical information with team members even from remote locations. Streak comes with an application programming interface (API), which allows enterprises to modify the system and integrate it with various third-party systems. It is available for free and on monthly or annual subscriptions. Support is extended via live chat and other online measures. 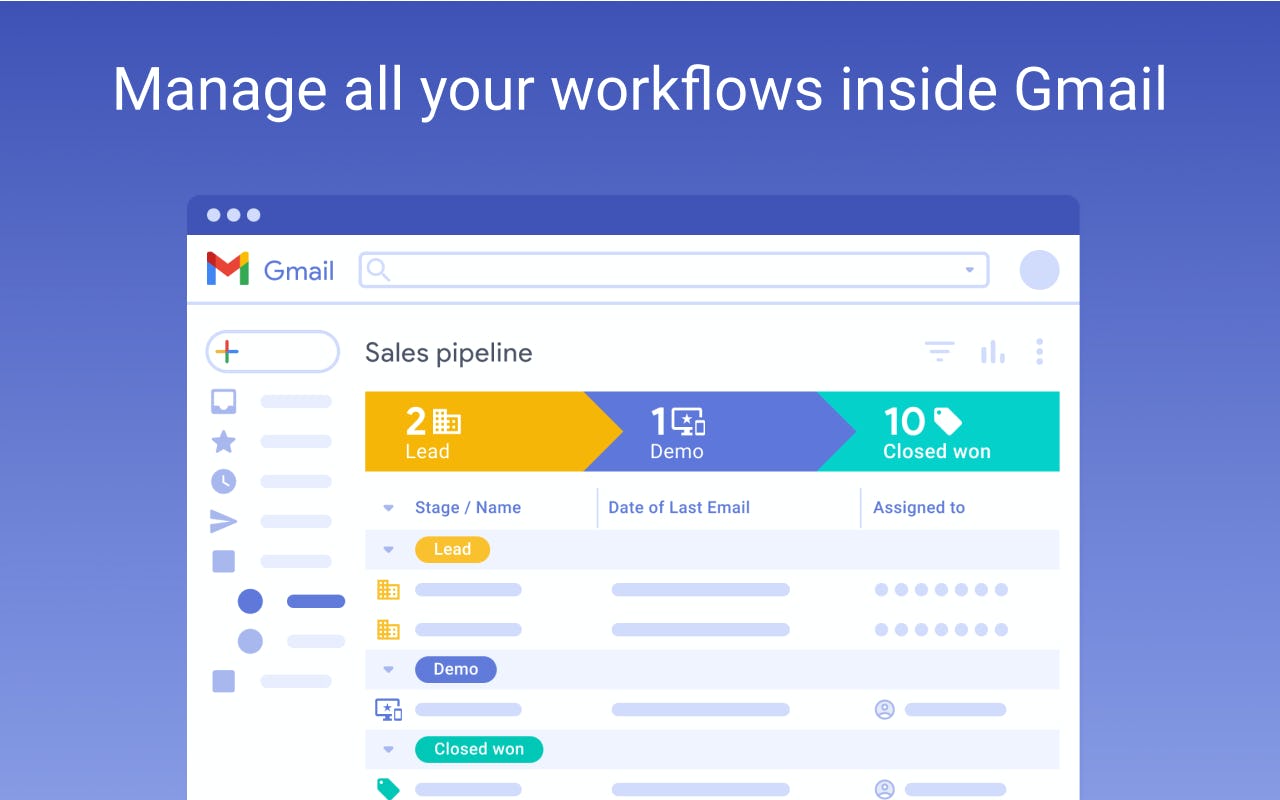 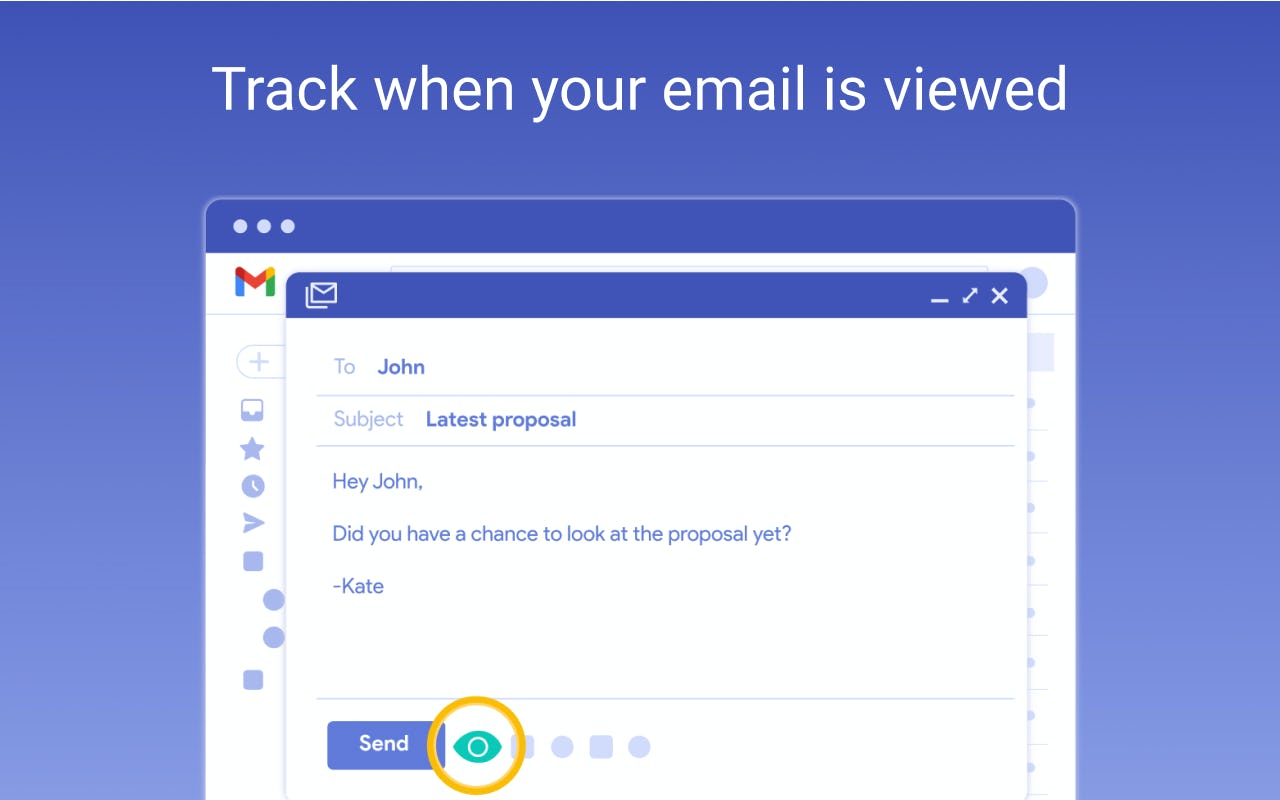 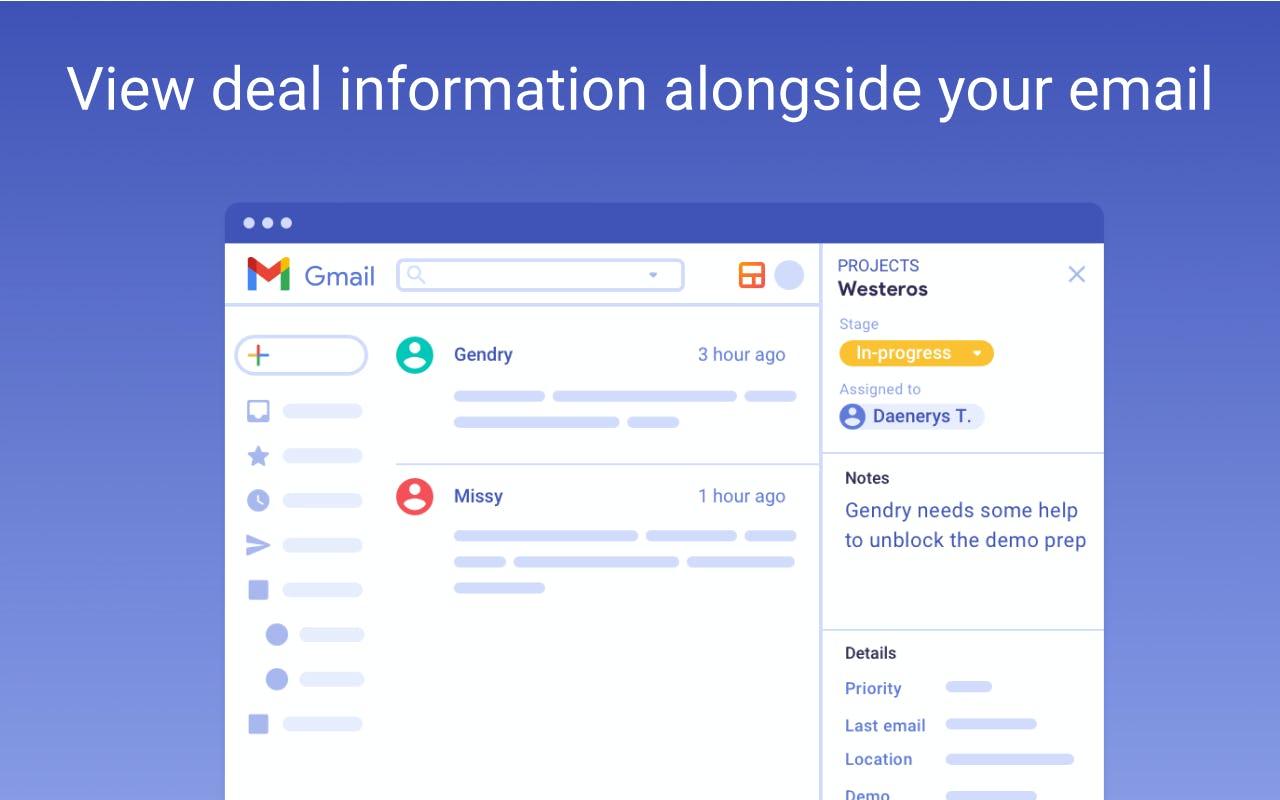 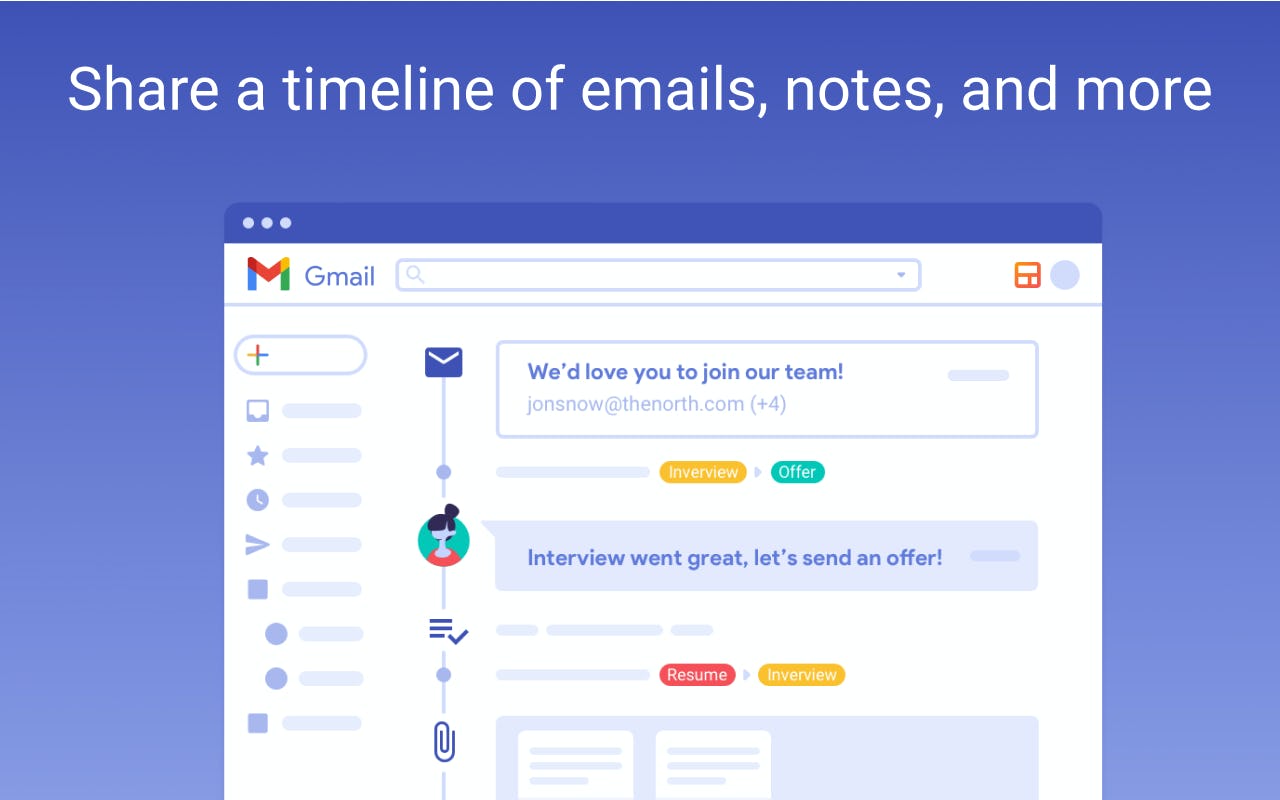 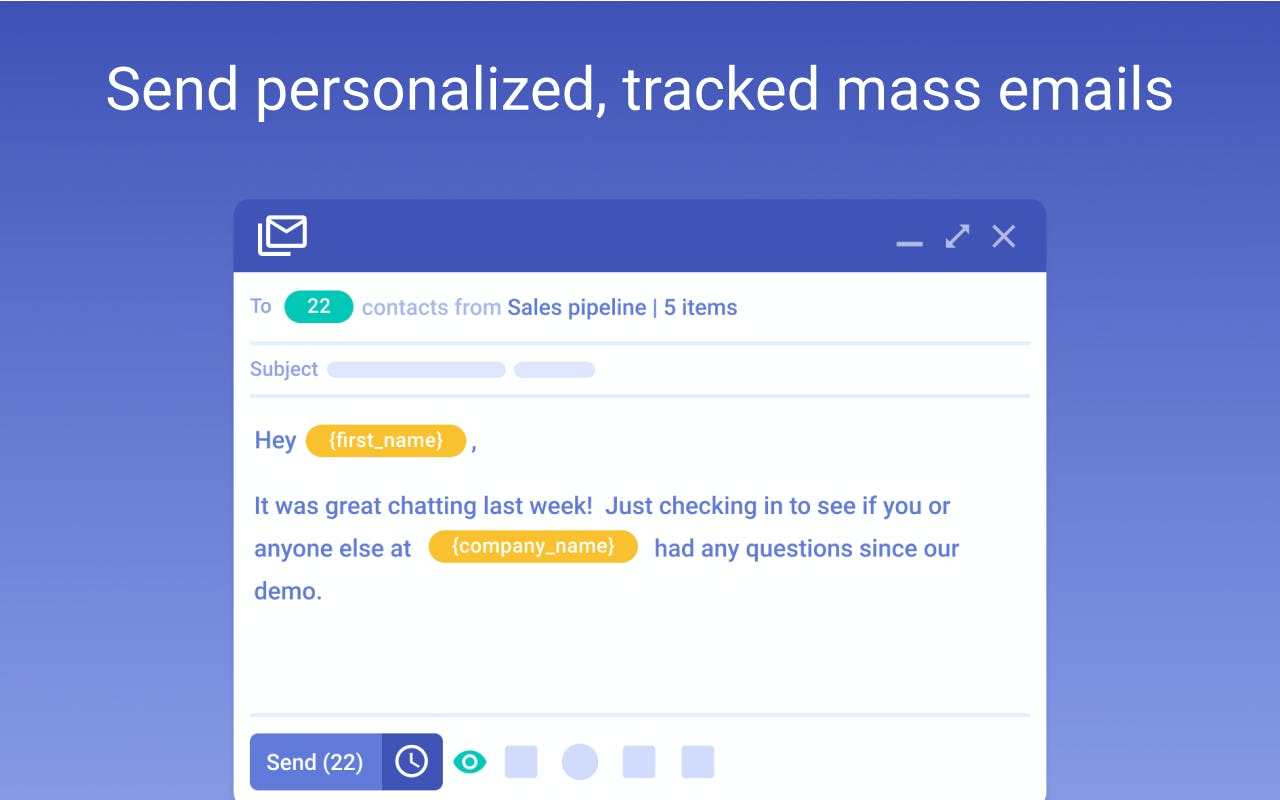 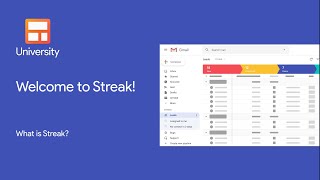 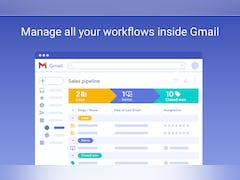 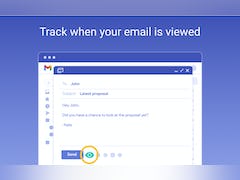 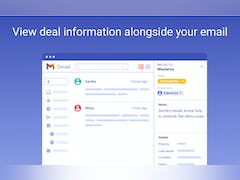 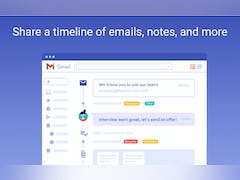 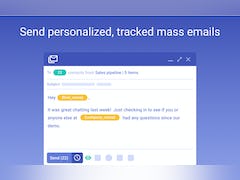 4,8 (Recensioni su 908)
GMass is a cloud-based software that provides businesses with tools to create, manage and track the effectiveness of...
Confronta Scopri di più

Yet Another Mail Merge

Overall, it is one of the best CRM for Gmail. The free plan is recommended for personal use, but for working with a team upgrading to the Pro plan may be needed.

I used this software mainly for email tracking purposes. I used the free plan. It provides data about when the recipient opened the email, its location, and its devices.

The CRM is easy to integrate on Gmail. It is not needed to log in to another website, everything can be done within the Gmail workspace. Different pipelines can be created for managing projects, sales leads, hiring, fundraising, and other tasks. Emails can be scheduled to send at a later time.

Sometimes email tracking does not work as the recipient's server does not allow tracking. There is another concern of privacy as Streak can access and delete all emails and information within Gmail account.

All CRM Systems should be this powerful and easy!

I will never use any other CRM system again. I have used possibly 7 or 8 in the past and Streak CRM is the best of all of them.

I love that Streak is part of my emails. You don't have to go to a seperate website and login and copy and paste things between the 2 systems. Everything is there in the same window as your Google Workspace emails.

It takes a little time to get to know the system and see how it will work for you. I see now that they more video tutorials and that has helped tremendously.

I wanted an integrated solution rather than a separate system that wasn't part of my work flow.

SOOOO GOOD! Jump in without delay.

This is the stuff CRM's dreams are made of.

Masterful integration with Google's core productivity products (Gmail, G-Cal, G-Contacts, G-Meet, etc.). I wanted a CRM that increased efficiencies AND reduced redundancies, eliminated multiple software subscriptions, and existed WITHIN gmail. Streak achieves all of this (and—believe me—so much more) with flying colours. Not to detract from the many superior features of Streak, but I wish to use the following example to illustrate how exceptional Streak's value offering is. Whatever software you currently use to create snippets (AKA: email templates), if it's robust, your annual cost is likely a significant percentage of what you'd pay for Streak. Yet, Streak's snippet feature is far and away better than every similar snippet software I've ever used (and I've used the top 5 [in terms of largest user base]). While snippets are but a footnote feature amongst Streak's suite of sophisticated features, my point is that snippets alone are worth the value of a Streak account. Oh, that's right! The snippets are included in the free package. That's another point. Streak's free tier is so good that I'm sure many users/reviewers have little need for the paid plans if they run a solo operation. Just know this, though. Streak is the good stuff. If your business needs grow, so will your Streak consumption. Thankfully, Streak's paid plans are phenomenally competitive... dare I say, generous. Streak's ongoing maintenance, enhancements and customer services are golden.

The guilt I feel, for how little I pay, to use such a refreshingly functional CRM.

We try to use this as a full CRM for our Sales team. Outbound sales is a core part of our business, and Streak does a reasonably good job of this. At the original price we signed up at $39/user/month, it made sense. They've since bumped the price to $59/user/month, which is a massive increase with little noticeable improvements over the years (several 'nice to have' features have been added, but core functionality is limited).

As a Gmail plugin, the platform risk is massive. We see it as too big a risk, and will be moving away from it ASAP.

When we raised concerns about the price increase, their [SENSITIVE CONTENT] emailed (weirdly) and basically refused to acknowledge our concerns. Price increases like this are a cynical way to bump up revenue from existing loyal customers. A better alternative would have been to bump up pricing for only new added users, rather than ransoming your existing users.

Generally their support is very responsive, but they're lumped with a buggy, very 'hack-y' piece of "software".

Avoid the pain of switching platforms at a later date, and go with a fully fledged CRM from the outset.

The deep integration with Gmail is nice, but it really feels like a massive hack, rather than seamless CRM software.

Recently Streak bumped up its pricing for its most loyal users. The pricing is now as expensive, if not more expensive, than a standalone solution/fully fledged CRM.

Because it's built on Gmail as a plugin, it never works as well as you want. The import process is clunky, and it's essentially like a limited-functionality spreadsheet. It's been very buggy since the day we started using it (over 5 years ago!), and it just doesn't compare to other full-fledged CRM solutions.

As soon as we can, we'll be moving to new software.

Rough around the edges

I used Streak to follow acquisition of customers from cold contact to successful contract, and then, in another pipeline, how far along we are in our business relationship. If things would not move for a while, that identified a red flag I would investigate. If it wasn't for the inherent bugginess and general sluggishness of Streak, we would still be using it to this day as its integration with Gmail is just a fantastic idea.

It integrates directly to Gmail, and that alone makes it good. You open your Gmail, like you open it every morning and your CRM is good to go!

This thing is riddled with bugs and glitches. Often it would just not load and I would sit staring at a blank screen. Other times, it would load, but would completely choke my processor. A few times, it crashed my browser.

We felt it was incredible how well it integrated in our processes and how easy it was to open it every morning without even thinking about having to do it.
Vedi tutte le recensioni