Looker is a cloud-based business intelligence (BI) platform designed to explore and analyze data. The solution helps businesses to capture and analyze data from multiple sources and make data-driven decisions. Looker provides business teams the ability to analyze supply chains, market digitally, quantify customer value, interpret customer behavior, and evaluate distribution processes. Users can also "view source" to understand how the data they are viewing is being manipulated. The dashboards allow presenting data and insights using customizable charts, graphs and reports. All dashboards and queries can be drilled into, so users can discover information in multiple layers. With Looker's data modeling language, users can define data metrics and explore relationships between various data sets. The storytelling feature allows users to present data analysis to stakeholders through data-rich visualizations. Looker is used in many industry sectors across the US and Canada including e-commerce, construction, education, finance, healthcare, media and technology. 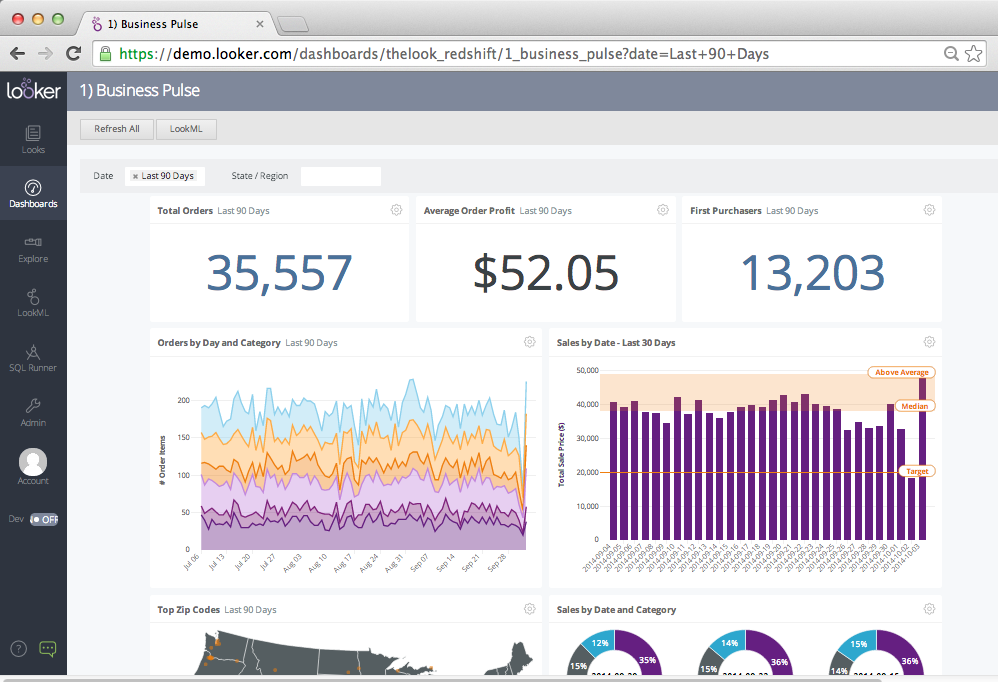 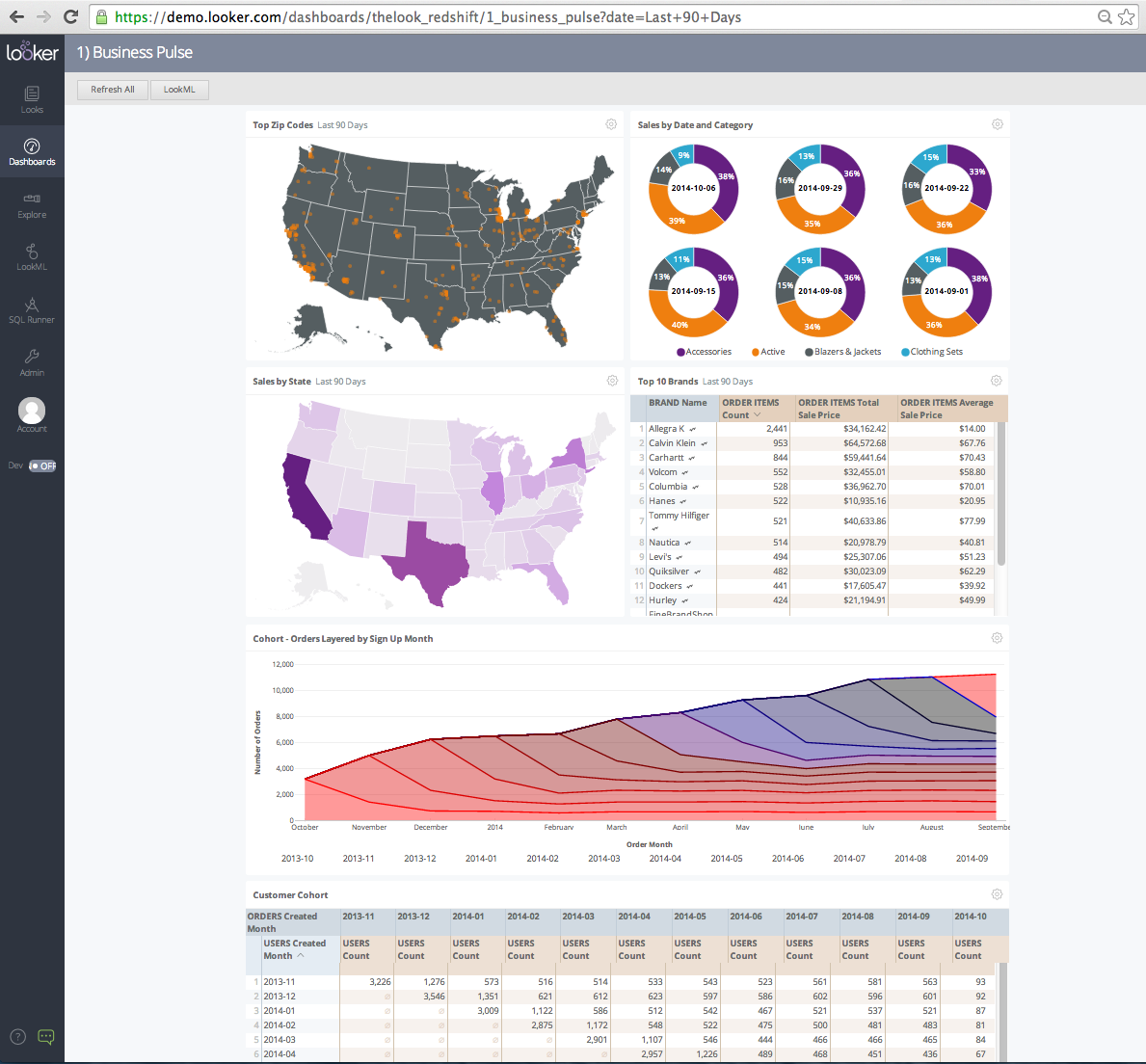 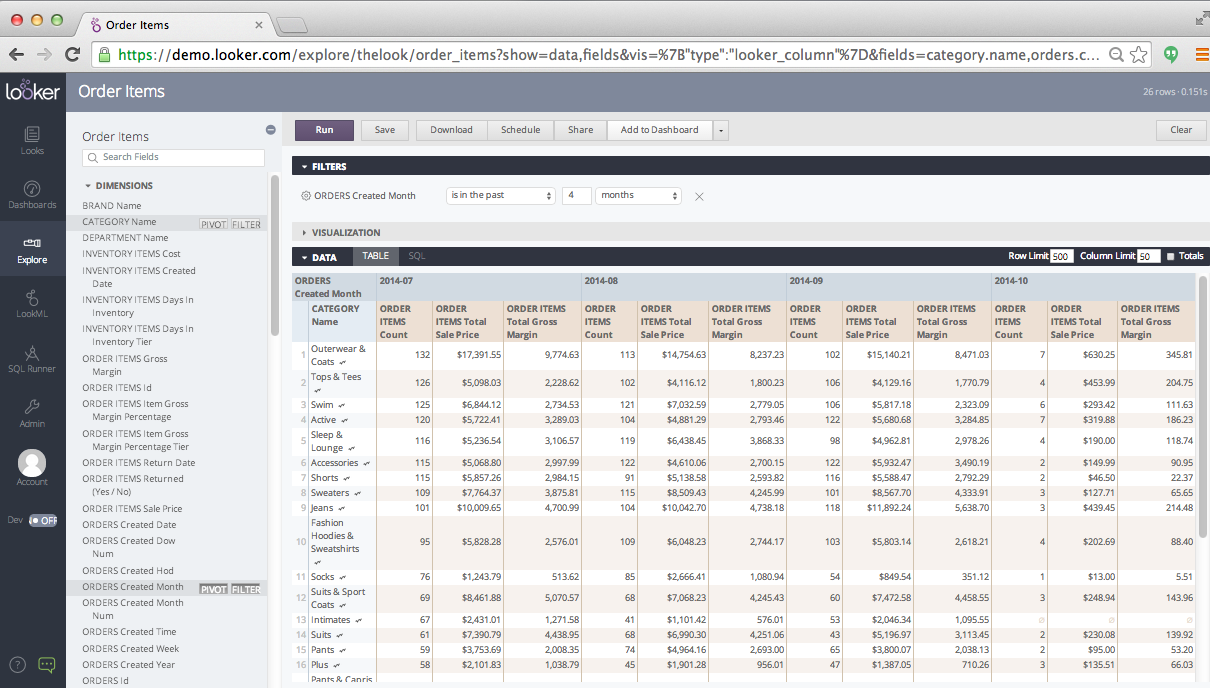 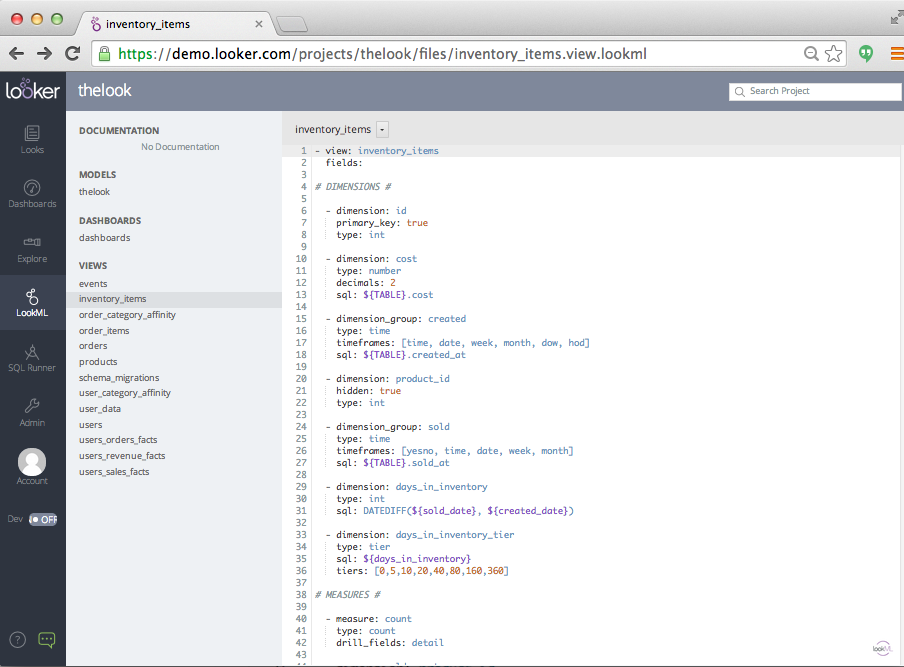 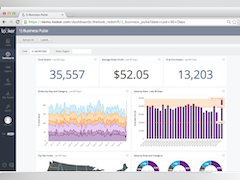 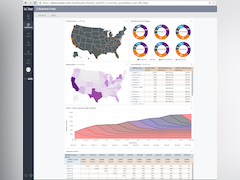 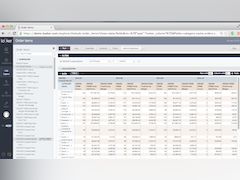 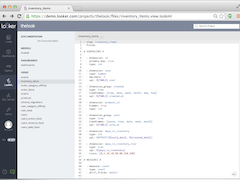 4 (Recensioni su 186)
Domo is the Business Cloud®, empowering organizations of all sizes with BI leverage at cloud scale in record time. With...
Confronta Scopri di più

The perfect solution for our stage business

I could not be happier with Looker. My one hesitation in recommending it is that other tools seemed to be able to provide 80% of the value at 20% of the cost, but I've only demoed those tools and not actually used them so I'm not sure if they could actually deliver.

Looker is incredibly easy to use for a casual user, which most of our users are. As soon as your email is activated, you have access to the product and new users need very little direction to start getting value out of it.

Relative to other BI tools, the advanced charting functionality is somewhat limited, but frankly that's not the main reason we bought Looker. Data scientists can use another tool of their choice, we have Looker for people who aren't data scientists.

Easy to create dashboards without engineers needing to write code.

Still not very good yet for a multi-tenant embedded environment. Needs a lot of work to set up and the API is slow.

Data mining with a professional touch

Great tool it gives the organisation a touch of professionalism in data analysis processes.

Modeling platform which allows the me to codify data visualization using a proprietary modeling language.
The self-service visualization tools that allows end users to access the benefits of data analysis.
Looker has one of the best user interface on market very easy to use and in my organisation it very useful because it saves time and costs of training.

Integration with my business has not been difficult at all but the difficulty came from the product's need for a lot of processing power and its use of a lot of RAM.

Like I said, it's a great tool for analysts that don't need a lot of flexibility or maybe just aren't used to working with a lot of data. To get the full value out of this software, you'll need a core group of experienced Data Analysts that can learn fast (to learn Lookers Table Calculation code which is similar to SQL) who can build a bunch of dashboards and views. You really don't want people who aren't savvy with data doing a lot of the creating because measures are always aggregated based on the dimensions you pull into each table...if a user forgets to add a specific dimension then measures could show the wrong value. This could be offset by having really good developers who architect the data in a way that doesn't allow this to happen.

It's a great data exploration tool for users who normally would get anxious when given a large dataset in something like Excel. It's generally simple to use and there can be unlimited Viewers (users at the lowest permissions level) through the enterprise product. Data Visualization is essentially done for you and Exploers (users at the second level of permissions) can build new visualizations & turn them into interactive dashboards.

On the Looker platform, Explorers can locate a view (called an Explore) and then are given a list of dimensions and measures they can pull into a table. Users can create new dimensions using calculated fields and then save their views so any users with Viewer permissions (and up) can see what was put together.

With simplicity comes lack of flexibility. More skilled data analysts will want more flexibility than Looker can provide but at the same time you need to have highly skilled Data Analysts to be the Developers (high level of permissions) to set up the data so that less skilled analysts (the users who benefit from Looker most) who are Explorers don't build views that grossly misrepresent the data.

My biggest pet peeve with this software as an Explorer is that you cannot make calculations on the base data...only the data that you pull into your table (called table calculations). That is a major feature that Tableau has that Looker does not have at the Explorer permission level. Of course developers can use LookML (Lookers data language) to create a new column...but a Developer license is more expensive and creating the fields take time and it's something you constantly will need.

In general it's really helpful and intuitive, after switching from other product it took very short time to get used to looker

It's really user friendly and easy to present or store data from other sources.
It has a lot of chart types and ways for presenting data.

Sometimes it lags when using big data sets, so it takes some time to render the complete report.
When building a report dimensions search also get some lag.